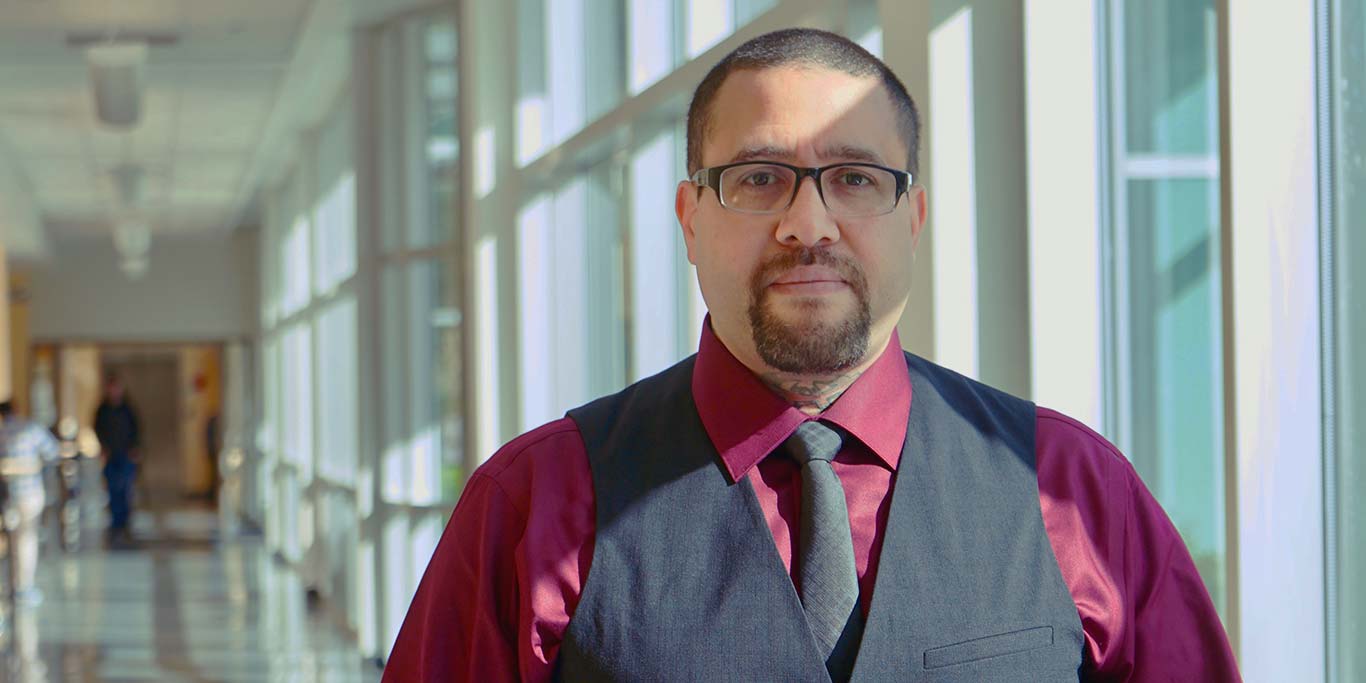 Carl Harris, a student leader at Renton Technical College, has received two of the nation’s top scholarships recognizing outstanding academic achievement. Harris is one of only 20 students in the country named to the All‐USA Academic Team and awarded a $5,000 scholarship.

The All‐USA program is recognized as the most prestigious academic honor for students attending associate degree‐granting institutions. Team members were selected for their outstanding intellectual achievement, leadership, and engagement.

Harris was also named a 2018 New Century Transfer Pathway Scholar and awarded a $2,250 scholarship for his academic accomplishments, leadership activities, and extending his intellectual talents beyond the classroom. More than 2,000 students were nominated from more than 1,600 college campuses across the country. Only one New Century Transfer Pathway Scholar is selected from each state.

Harris will be recognized at the All-USA ceremony in Dallas later this spring. First, he and other members of the All-Washington Academic Team, Murphy Vang and Kathryn Forman, will be honored by Gov. Jay Inslee March 22.

Harris has been a standout at RTC, but his path to college was marked by violence, racism, jail, homelessness, and a struggle to return to civilian life after his military service. At RTC, he became a stellar student, a leader, and a mentor to students, especially those from underserved populations.

“Carl Harris is one of the most remarkable students I have known in the nearly 15 years I’ve worked with student leaders,” said Jessica Supinski, director of student programs and engagement at RTC. “Despite the trauma he has survived, he consistently and progressively moves forward toward his personal and academic goals.”

He will graduate in June with his associate’s degree. He plans to pursue his bachelor’s degree in social work at UW and has his sights set on Columbia University for his master’s. Among his activities, Harris has served on the Student Leadership Executive Committee and Associated Student Government and as a student representative to the RTC Foundation Board of Directors, president of the Surgical Technologist Club and a peer tutor. Earlier this year, Harris was also selected by the Board of Trustees to be RTC’s nominee for the Transforming Lives Award sponsored by the Washington State Association of College Trustees.

Harris was integral in starting the new Men of Merit Program, which provides mentoring and support for minority men, who research shows drop out of college at a disproportionate rate. Harris said the group is an important way to support students.

Harris knows what that feels like. The biracial son of a single mother serving in the U.S. Marine Corps, he recalled moving to a new town with little racial diversity his senior year of high school. He was the first student of color to play football or wrestle for the school, and he was harassed by swastikas on desks and racial slurs hurled at him.

At age 33, he decided to enroll at RTC because he saw a diverse group of students from the college getting on and off the bus every day, and he found an inclusive and supportive community. Though he originally intended to take a short certificate program and get a job, the encouragement he received by many compelled him to see what else he could accomplish.

“Attending Renton Technical College was the best decision I have ever made,” Harris said. “It has changed my way of thinking for the better and enhanced my learning experience by pulling me from my comfort zone and pushing me to grow. My education has given me a boldness to stand up in the face of adversity.”

Closer to home, the All-Washington Academic Team program has become the showcase for Washington's community and technical colleges because it honors the academic high achievers who have demonstrated a commitment to success in the classroom and in their communities. Along with Harris, RTC students Kathryn Forman and Murphy Vang will be honored by the governor.