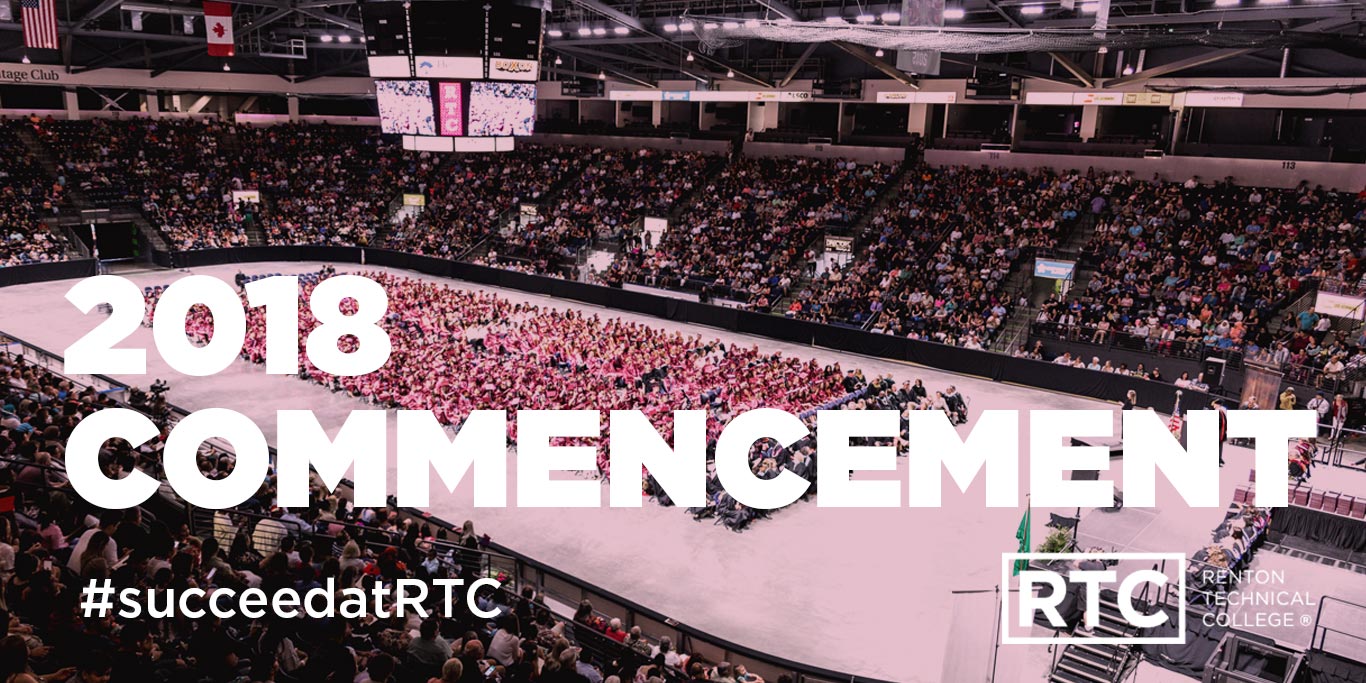 More than 1,800 graduates received degrees, certificates, and diplomas from Renton Technical College this year. More than 800 -- the largest number in recent memory -- participated in the Commencement ceremony June 21 at the ShoWare Center in Kent.

The graduates selected as Commencement speakers showed how students succeed at RTC. All three secured full-time jobs or internships before graduation. They are:

Lindsey Biell, a student leader who graduates with her bachelor’s of applied science in application development. She previously earned her associate’s degree in computer science at RTC. A member of the RTC Associated Student Government (ASG) and Phi Theta Kappa Honor Society, she served as a peer tutor and an intern with the RTC Information Technology Department and helped create the RTC Association for Computing and Machinery. She works as a web developer at Eventcore in Seattle.

Barry Green, who graduates from the Engineering Design Technology program and is an engineering assistant at Puget Sound Energy. A United States Marine Corps veteran, he was a founding member of the RTC Men of Merit, a program created to foster brotherhood and connection between men of color on campus. He also was a member of ASG, Phi Theta Kappa, and the Student Veterans Club.

Devin Woods, who graduates with his applied associate’s degree in computer science with a 4.0 GPA. He plans to earn his bachelor’s degree and secured an internship as a software engineer.  He first joined RTC as a Running Start student enrolled in both high school and college. He worked in the Student Success Center, welcoming and assisting students, is a member of Phi Theta Kappa Honor Society and a peer mentor.

RTC’s completion rate of 63 percent is the highest among the state’s community and technical colleges, and 85 percent of RTC graduates are employed nine months after graduation.